Context:
In December 2021, 1.18% of the supply was airdropped to APWine Alpha & Beta users and LBP participants which represent 588430 APW tokens.

As there was a 1 month claiming period before the airdrop started to decrease and half of it locked for 6 months to try the governance mechanisms, 44% of the tokens remained unclaimed, which represents 262500 APW, held on this contract.

Rationale:
The veAPW currently represent over 15% of the supply locked, which is very good in a few months, but it could increase faster. For now, users who lock their APW can vote on the governance proposals and the token emission each week, but there is no yield.

Recently the APGP 1 was voted on how to use the 0.05% earned by the DAO on swap fees, however these fees are too low to incentivize more lock for now.

The goal of this proposal is to discuss using 44% of the tokens unclaimed allocated to the airdrop, to bootstrap the governance participation with a yield in APW tokens.

The distribution would be regressive over time because the protocol should generate enough revenues in the coming months to compensate for the reduction. Other revenue streams like part of the farming rewards could also be distributed to veAPW holders if this is voted on. 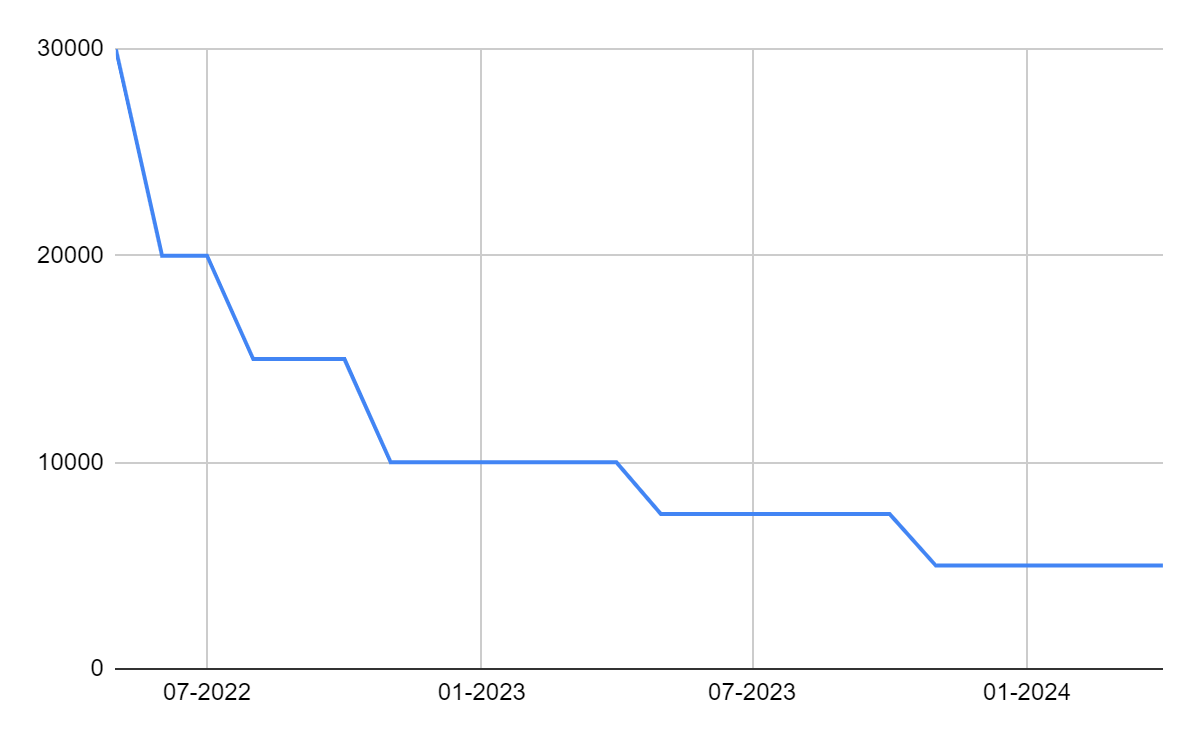 Means:
0.5% of the total supply, which are tokens unclaimed from the airdrop, so no additional expenses for the DAO.

Technical implementation:
Top up the reward contract and add a claim button on the governance UI.

Voting options:
Yes, distribute unclaimed airdrop to veAPW holders
No, do nothing
Abstain

Should we implement this proposal ?

But why not add some power for veAPW holders like a boost on APW pool rewards ?

Is this a boost for people who lock their veAPW for longer times? Thats already part of this system because it gives more rewards for having more veAPW.

Ser, be careful what you wish for